15 Best Countries to Explore via RV

When you think of traveling cross country in an RV, you probably think of traversing the United States. America is, after all, the birthplace of RV culture and is home to some of the best roads and campsites. But the U.S. definitely isn’t the only destination worth visiting with an RV. In fact, more countries on just about every continent are improving their camping infrastructure and inviting adventurous motorists to come explore. We’ve researched many of these places to create this list of the 15 best countries to explore via RV. We looked for places with plenty of sights worth driving to, enough safe roads to ensure an enjoyable road trip, lots of inexpensive campsites, and of course, the ability to easily rent a dependable RV during the trip. 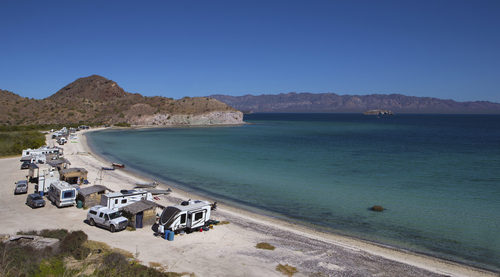 Mexico may not have the same level of high-quality RV infrastructure as its North American neighbors, but for brave RVers in search of an adventurous experience, Mexico is quite the destination! There are plenty of campgrounds throughout the country, and a practically endless supply of interesting sights. To see the “real” Mexico, start in Mexico City before heading south to Oaxaca, or drive the Yucatan Peninsula to see the country’s famous ruins up close. 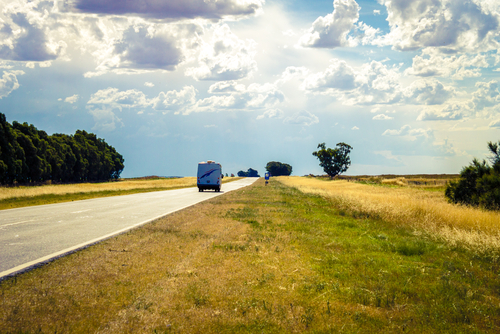 RV infrastructure in South America is still largely developing. One exception is Argentina. Argentinian roads are modern and easy to drive, and although the myriad campsites located throughout the country are basic, they include the necessities like electricity hookups. The country is beautiful and varied, with coastal roads, world-class beaches, mountain resorts, and lots of national parks and wildlife. The list of possible routes is nearly endless, though popular destinations include Tierra del Fuego (the archipelago making up the southernmost tip of the continent), the wildlife-rich Pampas located just south of Buenos Aires, and the Lake District, from which you can easily reach Chile. 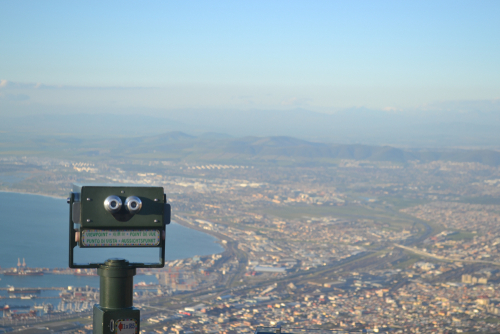 With lots of rental options and campsites throughout the country, South Africa is a great destination to explore via RV. The roads are easily some of the best in Africa, as are many of the campsites and other infrastructure important to RV travelers. In terms of sights to see and destinations, this beautiful country has it all. The Garden Route takes you through desert, the bush, mountains, beach towns, and even a few national parks. In the eastern part of the country, many national parks allow RVers to drive themselves through the wildlife reserves. The Ocean Road to Cape Agulhas in the Western Cape leads to the very southernmost part of the continent. 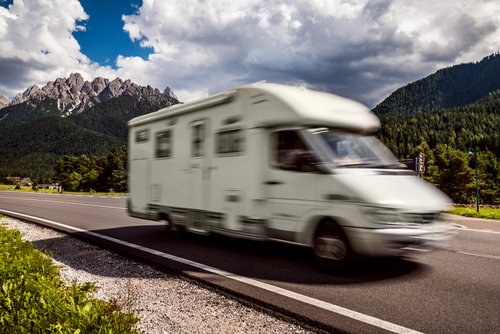 The first of five European countries to make our list of the best countries to explore by RV, Italy has a ton of historic sights and small towns worthy of a stop. Though the Italian campsites aren’t always as impressive as some of the other European countries, there are a ton of free sites. The costs to dump waste, recharge batteries, and stock up on fresh water is often very minimal. The main highways extending down the country allow the traveler to stop at all the major cities, plus any number of picturesque small towns along the way. Southern Italy is particularly special via RV, and brave drivers will love traveling the Amalfi and Adriatic coasts. 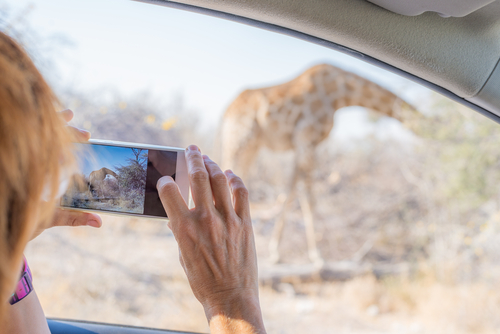 Botswana is one of the most wildlife-rich countries in Africa, but it’s also one of the most expensive to visit. Not only does traveling through this beautiful southern African country by RV allow the visitor easier to access to more of the country, it’s also a great way to save on accommodations! Botswana, like many of its neighboring countries, has excellent campgrounds set up for motorhomes. Many of the wildlife reserves and national parks also allow RVs to drive through the best wildlife-watching regions. Botswana is best explored from June to September.  Just make sure you have at least a 4WD to traverse the country’s varied terrain. 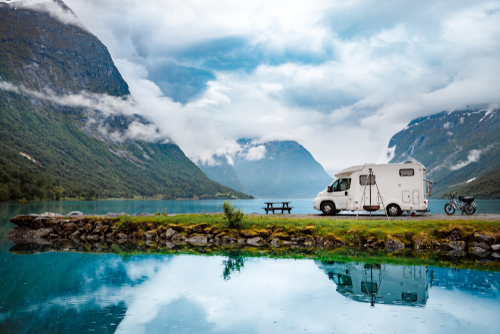 Norway ranks as another great European country to explore with an RV. Traveling via RV allow visitors to see more and on their own schedules, It’s also a fantastic way to save a little money in a country that is infamous for its expensive hotels. Traveling north to see the fjords and a glimpse of the Northern Lights is an absolute must. As you’re planning your RV trip through Norway, check out the country’s National Tourist Routes website, which lists the most scenic routes for drivers. 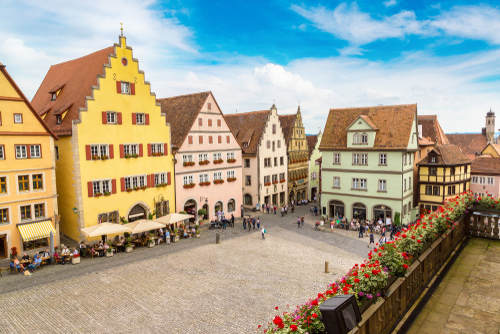 Like many other European countries, Germany has the infrastructure and sights to make it one of the best countries to explore via RV. There are tons of free or low-cost places to camp with a motorhome and the cost to dump waste and stock up on fresh water is only a couple euros. With the biggest German cities relatively spread out, there are dozen of fantastic route options, though many RVers recommend the Romantic Road. It’s a busy route in peak season, but the picturesque castles and medieval villages seen along the way make it one of the best road trips in the world. 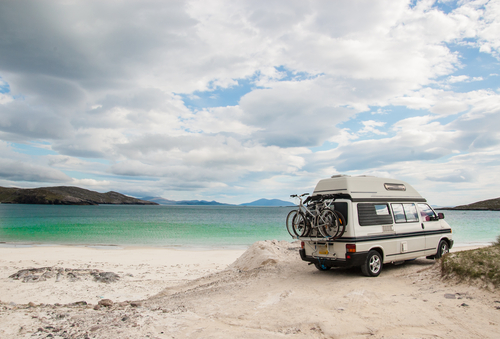 The island of Great Britain includes England, Scotland, and Wales.  It’s an ideal destination to explore via RV thanks to its well-maintained and extensive roads system. The big cities and must-see attractions are well spread out across Britain, with plenty of route options available. For 27.50 GBP, RVers can purchase the Brit Stops book, a listing of hundreds of free camping spots located on farms, vineyards, the parking lots of country pubs, and dozens of other interesting places. 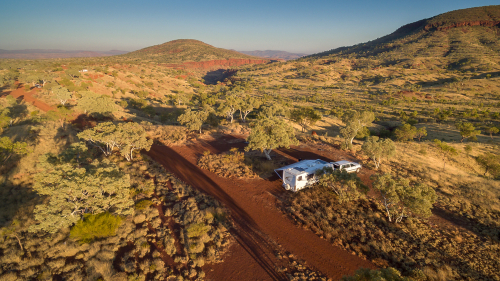 As is the case with the United States, it would take years to see all that Australia has to offer, but it sure is a fun place to explore. The famous Outback is as sparse a place as they come, and it’s possible to drive for days without seeing another living soul. But those who have traveled it via RV all agree that it’s a dream destination for self-sufficient travelers, and is worth the experience. For those who like a little more variety in their sightseeing, and a few more people to talk to along the way, the route from Adelaide to Melbourne includes the Great Ocean Road. It’s often referred to as the most beautiful drive in the entire world. Golden beaches and lots of wildlife make Frasier Island a worthy RV destination, while Cape York’s Overland Telegraph Track has tons of off-roading opportunities. Australia offers RVs some of the best campgrounds, too, many of which have communal kitchens and lounge rooms. 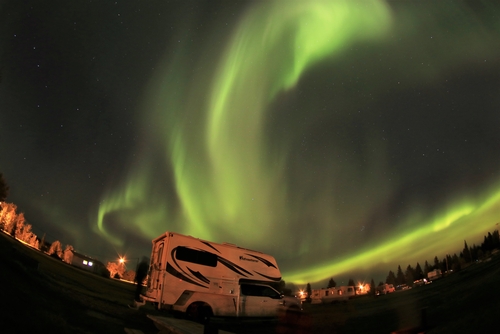 Vast and varied, Canada is another great country to explore via RV. Those who have driven around the United States will feel right at home on Canada’s roads. The various campgrounds and other infrastructure are also very similar to those in America. Canada is loaded with national parks showcasing the country’s natural beauty and wildlife, and to see it all would take years. Some popular routes include driving Highway 99 along coastal British Columbia, exploring the barren wilderness and old Gold Rush towns on the Alaskan Highway, and Highway 16, known also as the Yellowhead Highway. 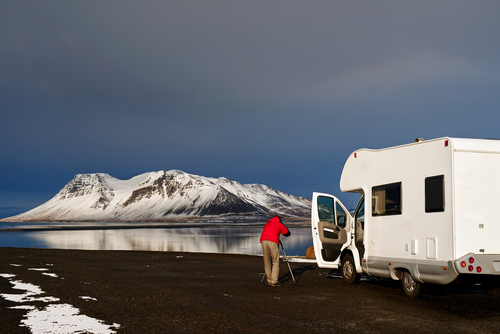 Iceland has become one of the most popular travel destinations in the world, thanks in large part to its plethora of stunning natural wonders. And since these natural wonders can all be reached via the country’s single highway, Iceland is practically the perfect destination for an RV trip. Highway 1, better known as the Ring Road, stretches 828 miles and can theoretically be driven in 15-16 hours, but where’s the fun in that? We suggest taking 1-2 weeks to explore all that this beautiful route has to offer, including myriad geysers, waterfalls, fjords, volcanos, lakes, hot springs, small towns, and much more. Many of the campgrounds along the Ring Road are on par with those of continental Europe, with the added feature of the Northern Lights, of course. 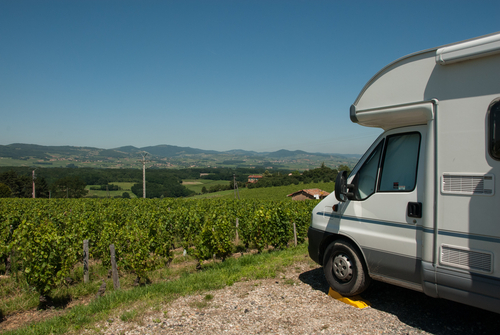 Of all the European countries to explore via RV, France is perhaps the most worth seeing from the road. France has a ton of famous sights spread throughout the country, along with dozens of charming small towns and picturesque views. Start in the northern section of the country, such as Normandy, then make your way south, zigzagging as you wish. The French people love to camp, so France has nearly 3,000 free RV campgrounds. That’s nearly three times as many as any other country in Western Europe. The campsites are nice, too, and the costs to dump waste and top up batteries are only a couple of euro. 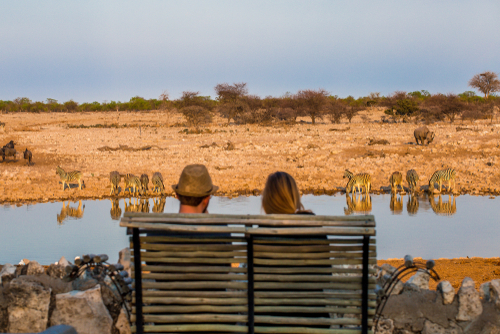 Of the three southern African countries to make our list of the best countries to explore via RV, Namibia easily tops the others. Formerly a German colony, Namibia has a ton to offer the visitor — wildlife, ghost towns, sand dunes, beach towns. Put them all together and it makes for a great road trip. Namibia’s roads are surprisingly good, and there are loads of safe and inexpensive camping sites during your travels. The country’s #1 attraction, Etosha National park, has multiple camping sites, some of which are located near watering holes for great night-time wildlife viewing. RVers are allowed to self drive through the park. 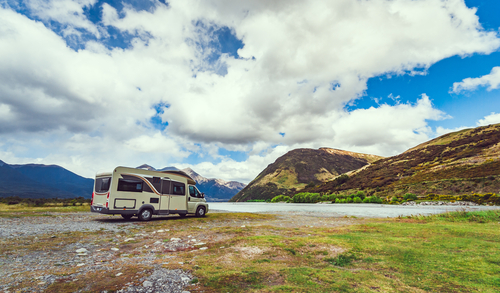 Is there a better way to explore New Zealand than by RV? We don’t think so! This beautiful country has plenty of campgrounds. Many of these have communal kitchens and lounges, though the local law allows you to camp just about anywhere within 15 kilometers of a town or city. Most people who have spent time exploring New Zealand agree that time is best spent on South Island. Two of the most recommended routes include Anau to Milford South through Fiordland National Park and the Coromandel Peninsula from Waihi to Port Jackson. Most travelers advise you to keep a few itinerary days flexible so that you’re free to stop when you see something interesting. 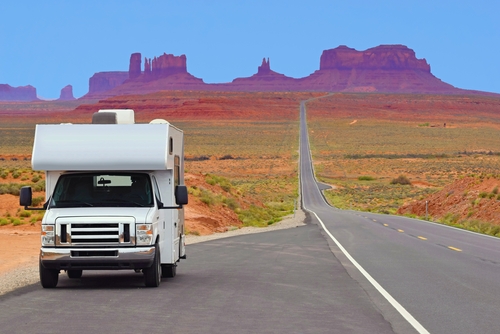 It should come as no surprise that the United States is still the best country in the world to explore by RV. The U.S. is where RV travel started, and it still has some of the best infrastructure available to campers. Plus, fuel is comparatively cheap here. No matter how long you may have to explore America, you’ll never see it all, leaving you with a ton of options. Some of our favorite routes include:

-the West Coast, from San Diego to Vancouver

-the East Coast, focusing especially on the stunning natural beauty between New England and Maine

-the cultural sites of the American South.