Whether traveling, camping, or just getting away from it all, RVs can offer you a comfortable and safe way to do any of them. Becoming one with nature while staying in your RV is great, but sometimes you may need just a little bit of technology to keep you in the loop. Today’s RVs are like homes away from home, so it’s easy to install a nice television to keep you entertained when you need a break from the campfire and smores. Here is a list of ten of the best TVs for RVs. 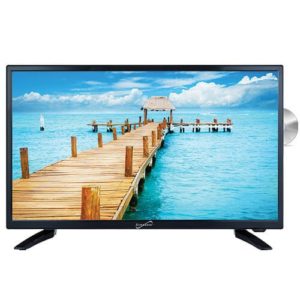 This is a great high definition television that comes with a plug for AC outlets as well as a 12V plug for DC outlets. It has an HDMI input as well as a PC input. It also has a built-in ATSC tuner to catch the digital TV signal without needing a converter box. It doesn’t have the best sound, but it is a good, affordable RV safe tv. 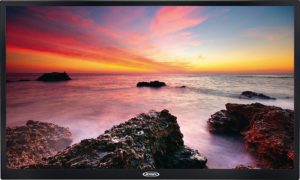 Although this tv doesn’t have a DC plug, it is specifically designed for RVs, yachts, motor homes, and more. It is HD-ready up to 1080p and has a very vivid color output. The TV has several input types including three HDMI ports, composite, component, USB, VGA, and RF. The power source is a 110V AC plug. This is a great television for RVs. 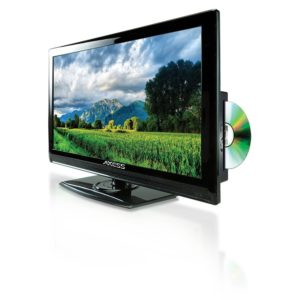 This TV/DVD combination is a cheap RV safe television that will produce a quality picture on a budget. It has a plug for AC outlets and a 12V plug for DC outlets. It also features several input types like HDMI, PC/RGB, and USB. The TV has a built-in ATSC tuner. At slightly bigger than 15 inches, this TV is a great choice if you don’t have a lot of available space. 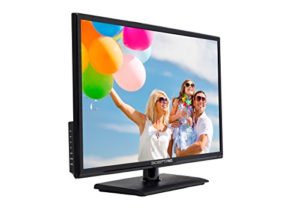 This affordable RV safe TV has the latest input technology, MHL. This TV is Energy Star certified and has an AC plug. The MHL input makes it easy to stream media from your smartphone or other mobile devices. It also has HDMI, VGA, component, and composite inputs. It also has a USB port. The port doesn’t support .mpeg4 files, but you can listen to music files and view photos. 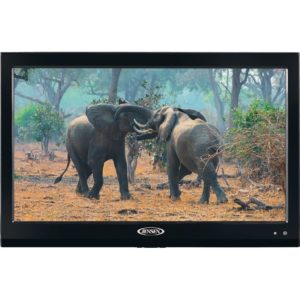 This TV is a good choice for RVs and other similar types of vehicles. It is powered by a 12V DC plug and has a tough, metal exterior to protect it from damage. If you are a rough driver with your RV then this may be something you want to consider. It has HDMI, composite, VGA, and USB ports. It is a great, middle-of-the-road television for RVs. 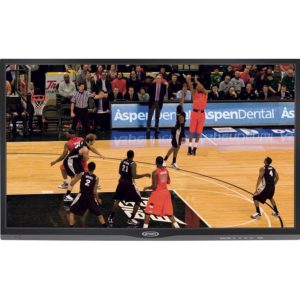 The Jensen JTV3217DC is a high-quality television for RVs then check out this TV. The TV is Full 1080p HD and has a built-in ATSC tuner. It runs from DC power and has a 12V DC plug. The television has 2 HDMI ports as well as a composite, component, and USB port. The composite is NTSC/PAL compatible, the remote control is dual-function, and the TV has white LED illumination. 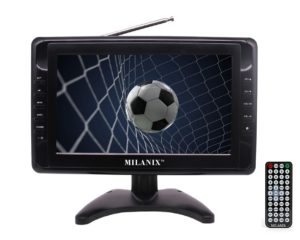 Sometimes you just need a small, cheap, RV safe television. This fits that description perfectly. At just 9 inches, it can fit into a bag and can be carried easily. It is also great to take outdoors because it runs on a rechargeable lithium-ion battery but you also have the option to plug is up through an AC outlet or a DC outlet. It is important to note that this is not an HDTV and it doesn’t have an HDMI port. It does, however, support a USB drive, AV inputs, coaxial antennae, and an SD card. The USB port actually supports .mpeg4 files. 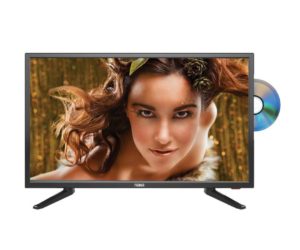 This HD ready TV supports 720p. It has a built-in ATSC digital tuner and a built-in DVD player. It also supports USB files including most movie and music files. It has a 240V AC adapter as well as a 12V DC plug. The input ports (besides USB) are HDMI, coaxial, and component. This is a cheap RV safe TV and although it doesn’t have the best HD or features, it gives you a lot for the money. 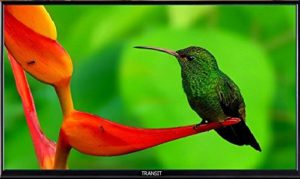 Free Signal has an affordable RV safe television on the list because their TVs are of great quality. This HD ready television (720p) features a built-in HDTV tuner and runs on a 12V DC plug. At 13 pounds, this could be a great television for RV users. 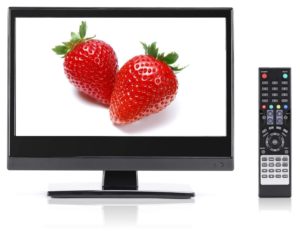 Although this TV wasn’t exactly created for RVs, it is still a good low-cost RV safe TV because of its size and features. It has a built-in ATSC tuner and accepts almost every type of input on the market. This TV is very convenient since it can be mounted anywhere or placed on a stand.

All of these televisions are affordable, great in quality, and suitable for use in an RV, camper, or something similar. They are all HD (except for one) and each one delivers a clear, crisp picture. Hopefully, this list has helped you with choosing the perfect RV TV for your life and your budget.